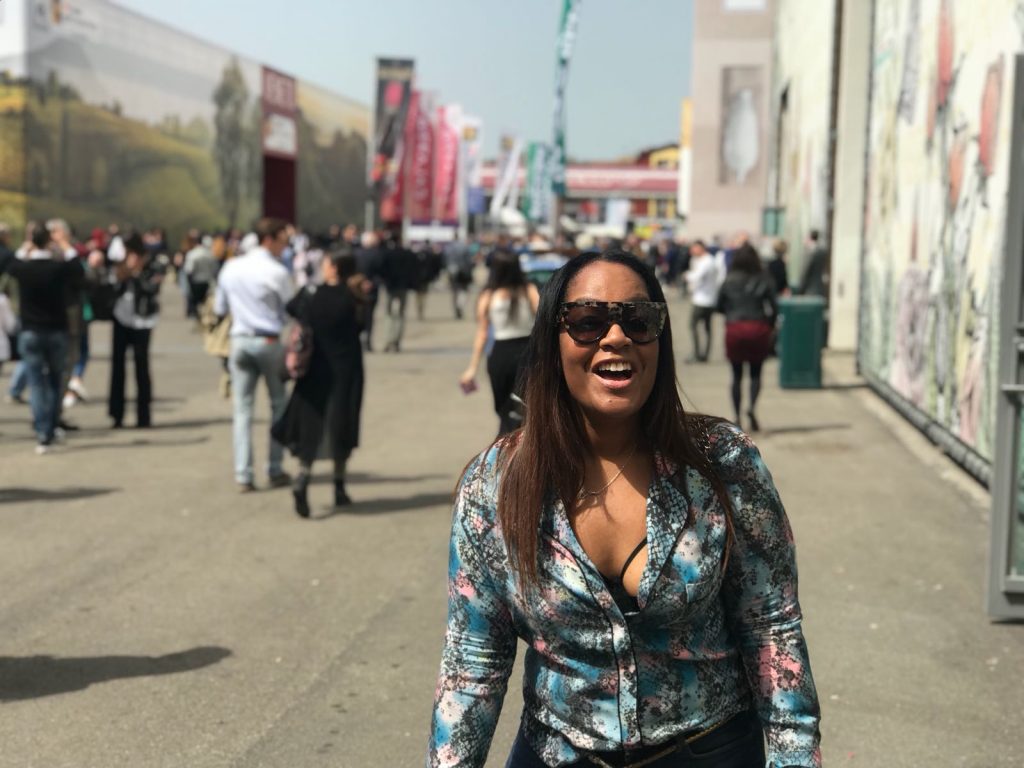 We are excited about partnership with New Balance an making Raekwon the face of #574 launch 🚀.  This event finally came to fruition, from the fine details of the apron as seen ☝🏽 Raekwon is sporting.

This launch was exciting an nothing short of early mornings an late nights. From playlist to with DJ Drama & Teddy bricked collaborating on a successful menu.  Constant conference calls with NB make sure all details come together. #574 gray day was such a hit, and super excited VOGUE came out to hang with us at the BBQ ! Let’s us not, interrupt continue reading the vogue featur on the pool party 💦 .

The year-round warm weather in Austin, Texas makes it the ideal location for a springtime cookout. Whether you’re picnicking at Barton Springs (the city’s popular outdoor pool filled with natural water from a nearby set of four natural springs) or you’re having a traditional Texan barbecue in your backyard, there’s something about the Lone Star state that lends itself to an outdoor kick-back. But it’s not all baby back ribs and mayo-slathered coleslaw: When Wu Tang Clan’s Raekwon (aka The Chef) got in this Texan spirit during his South by Southwest party last weekend, which celebrated New Balance’s relaunch of their iconic 574 sneaker, he decided to switch things up a bit. Alongside Austin-based chef Teddy Bricker, Raekwon devised some lighter alternatives to a traditional Texan BBQ that would be well-suited to those springtime cookouts that are surely right around the corner.

Everything about the SXSW pool party was essentially built around Raekwon’s distinct tastes. The Chef has been a New Balance fan since he was a kid growing up in Staten Island, and he’s always been drawn to the 574 in particular. “I had an uncle that played tennis and he always had a bunch of the 574s in different colors in his closet back in the day.” Since the day that he started to fit into his uncle’s shoes, Raekwon’s been donning the 574, although he claims that his uncle’s all-gray version is his favorite shade of the shoe (which thus set the grayscale color palette for the afternoon). 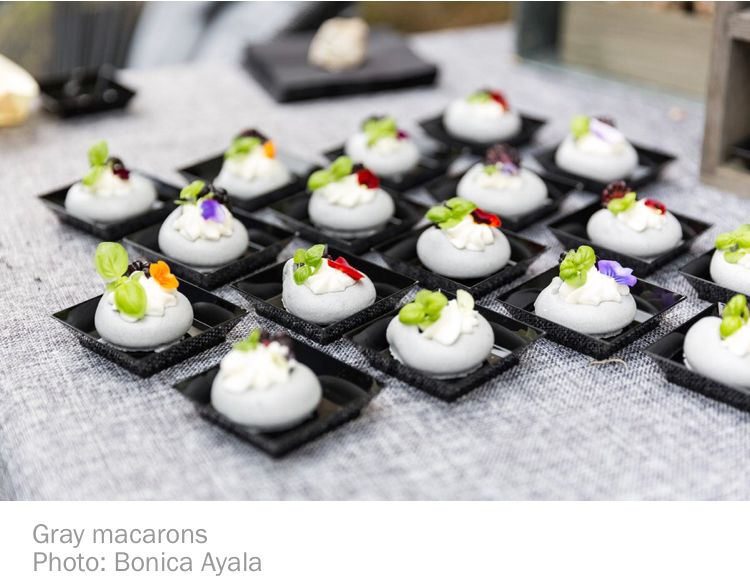 The menu was also carefully crafted to correspond with Raekwon’s culinary inclinations. Bricker, the chef behind the popular Austin food truck Soursop, which melds Southeast Asian-influenced flavors with the American bar food staples you’re likely to crave after downing a few beers, came up with a menu based around what Raekwon likes to eat.

The food at the New Balance Raekwon pool party at SXSW 2018
Gray macarons
Photo: Bonica Ayala
Bricker translated Raekwon’s favorite chicken dish from a diner in New Jersey into lollipop-style chicken wings with char siu barbecue sauce (a combination of hoisin, soy, honey, and lots of spices) topped off with crushed macadamia nuts that had been caramelized alongside some pineapple. And given that Raekwon is a fan of mahi tacos, Bricker made mahi ceviche tostadas, marinating the fish in coconut cream, lime juice, and a fair share of Thai aromatics (including keffir lime, ginger, and garlic). And lastly, to accommodate the vegetarian members of the Wu Tang Clan, Bricker made chilled broccoli spears with green curry coconut cream.

While Bricker played a pivotal role in translating some of Raekwon’s culinary favorites into new recipes, he left some things to The Chef himself. “Raekwon helped come up with names for all of the dishes that in my entire lifetime I could have never come up with,” Bricker said, and that seems about right—Raekwon titled the dishes, respectively: House of Fryin Daggers Lollipop, Ninja Shadow Tostadas, and Tiger Claw Broccoli Spears.

Perhaps most importantly, Raekwon wanted to make healthy proportions a priority by offering up food that was undeniably tasty but still light enough to not tip the scale. “Today, we’re living in more of a lifestyle world where we kind of want to incorporate everything together now, because it’s all about people coming together, listening to music, fashion, and health food and all of that,” Raekwon says. “It’s important for us to eat healthier these days and that was something I wanted to bring to the forefront as well, because we need to be a little smarter about what we put in our bodies. I definitely want to be a professor to those kinds of thoughts and let people know that this is what it’s about today.” So take it from Professor Raekwon and scale things back a bit for your next outdoor BBQ (without sacrificing any of those springtime flavors).

The build consists of the following:

Tostada
Long Chili Mayo
Mahi Ceviche
Fried Onions
Tostadas
Punch out rounds of fresh corn tortillas and fry at 325 F until crispy. Season with sea salt and let cool uncovered. These can be done a few hours in advance.

Mahi Ceviche
Ask the fish guys at grocery store to remove skin on a boneless mahi filet. Dice into ¼” to ½” cubes and keep cold.

Equal parts of the following:

“Cooking” and Finishing the Ceviche:
Marinate the fish in the refrigerator for about 15-20 minutes or until the outside of the fish begins to turn slightly white (key word: slightly). That is a sign that the acidity is beginning to “cook” the fish. You can let it go shorter or longer based on taste; longer marinade time will make a stronger flavor.

Remove fish from marinade with slotted spoon; transfer to mixing bowl and then add to taste:

per cup of mayo use 1-2 each of limes, long chilies, and garlic cloves
Fire roast thai long chilies on a wire rack over a gas burner OR grill over hot coals until charred on the outside. Fire roast peeled garlic cloves in the same manner. Combine in blender with lime juice and their zest. Puree. Mix with mayo. Season to taste with additional lime juice and/or salt. It should be tart and not too aggressively seasoned.
We recommend using Duke’s mayo for this recipe (and everything else)
Plating & Assembly

Start by spreading a layer of the long chili mayo on top of the tostada. Transferring to a squeeze bottle works best. Then place a mound of the mahi on top of the mayo. Garnish with crispy fried onions (you can find these at any Indian grocery store). 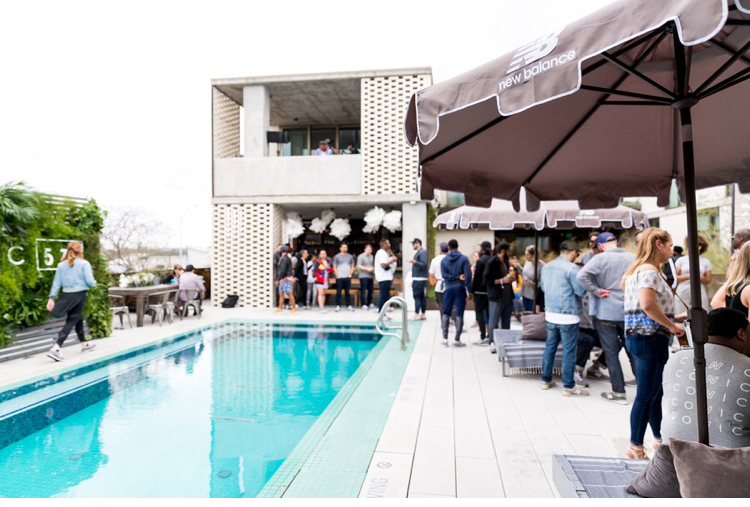 BEING A BEAUTY MOGUL

PASSION & PURPOSE TIME TO HIT THE…

One response to “VOGUE MAGAZINE HANGS”